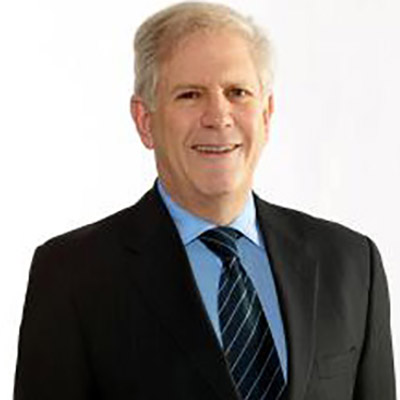 It is with great pain and sadness that we announce the passing of my father Richard L. Plotkin, Co-Founder and Vice Chairman for the Max Cure Foundation, following his diagnosis with cancer in January 2019.

My dad first became involved in the fight against childhood cancer upon the diagnosis of my son, his grandson, Max in June 2007. Having spent his professional life in the practice of law for forty plus years, upon Max’s diagnosis with B- Cell Lymphoma my father rededicated his life to creating change for children and their families impacted by childhood cancer. In 2008, our family formalized our resolve in the pediatric cancer fight and the Max Cure Foundation was born.

Dad shaped the foundation into the organization that it is today, inspiring hope always with the intention of building a legacy dedicated to his grandson Max, now a 12-year cancer survivor. He championed our programs that still operate today, including providing financial support to low income, military and first responder families with a child in active treatment, funding research and advocating for legislative and policy change. Our family financial support program became known as Roar Beyond Barriers because we, with Dad at the forefront, always went beyond barriers to make a positive impact.

He utilized the skills he honed over the course of his legal career to become one of the fiercest and most outspoken childhood cancer advocates in the country. Referred to in his lawyer days as “Barracuda,” he was never one to back down from a challenge or fight as he vigorously pursued effective legislative and policy change for the benefit of children with cancer. I often heard that he was the first to raise his hand in meeting after meeting to ask pointed and direct questions of panelists and speakers. His dogged inquisitions often begrudgingly garnered significant information that was not previously divulged.

Having spent two years in and out of the hospital with Max and my wife Annemarie, Dad developed a true soft spot for children diagnosed with cancer, and when necessary demonstrated his resolve to move mountains. In 2014, he flexed his intellectual muscles and strength of conviction in an effort to obtain a drug for a little boy certain to die of a spreading infection as a result of complications from his cancer treatments. I will never forget receiving an email from a stranger in Texas with a desperate plea for help. When I shared the story with my father, he and the Max Cure Team sprang in to action with an all out assault in the media, and behind the scenes, to save Josh Hardy’s life. Dad’s relentless efforts, and incredible ability to move beyond the red tape, culminated in the drug company yielding and creating a clinical trial designed and written for Josh’s benefit, ultimately saving Josh’s life at that time. The Josh Hardy story was a watershed moment in his advocacy career that ultimately culminated in him gaining national and international recognition as an expert on the issue of expanded access/compassionate use and further solidified his standing in the community.

He had the utmost respect for the men and women serving in the United States military. On several occasions, my father demonstrated this respect by organizing special fundraising missions for military families experiencing financial need. This included creating an effort for the family of an active duty Navy Seal whose daughter was fighting brain cancer that ultimately raised over $22,000 to help with their mounting financial needs. Perhaps the most amazing demonstration of his love and respect for those in military service is the story of Kristian Silva, one of the kids enrolled on our Roar Beyond Barriers program. Kristian was diagnosed with brain cancer and faced an extremely poor prognosis. In December of 2016, facing a terminal prognosis, Kristian articulated his one wish, to be formally adopted by his stepfather, Sergeant Chris Silva of the U.S. Army, and have him become his “real dad.” After hearing of this story, Richard, along with help from attorney Donna Levinston and the Max Cure Team, sprang to action, as only he could, and began working feverishly to accelerate the adoption process. What normally takes many months was accomplished in the span of weeks and ultimately, right before Kristian’s birthday and Christmas, the adoption was formalized and Kristian got his wish. It was nothing short of a Christmas miracle. The hallmark of my father was his tenacious “take no prisoners” attitude that never settled for anything short of a victory.

For all the time he spent building the foundation, my father never once took a salary. He was the foundation’s biggest donor having personally given well over $1,000,000 since inception. The Max Cure Foundation is my father’s living legacy. He remarked to me on a number of different occasions, making it perfectly clear, that while he had great success in the courtroom, it was his work in the childhood cancer community that gave him the greatest sense of pride. Over the years, he could have chosen to slowly withdraw, retire to Amagansett and play golf, but he elected to spend his time fighting for children with cancer. To that end, he changed the world in a positive way and left it better than how he found it. His presence, passion, leadership and dedication will never be replaced or equaled. We will think of him and the example he set daily. As his son, I will always feel emptiness without him here, I am in pain as I write this. But as his student, I will take all that he taught me over the past 47 years and continue his legacy on so many levels.

We intend to continue his legacy and pursue his passion in the fight against childhood cancer. He never relented in this pursuit, nor will we. Dad’s roar will last forever and we will continue to “Roar for a Cure” until one is found.

With Sadness and Deepest Gratitude

Retired from the private practice of law in 2008 and with his family formed The  Max Cure Foundation, Inc., a non-profit charity whose mission is to advance the cause of pediatric cancers through research, family assistance and advocacy.  Mr. Plotkin is one of the nation’s leading advocates for children with cancer and their families and has been consulted by Congress and by The Reagan-Udall Foundation in seeking his input on prospective changes to the existing federal laws with respect to expanded access/compassionate use when dealing with experimental drugs, including being asked to give input on the portion of 21st Century Cures Act dealing with expanded access. Mr. Plotkin was thrust into the public spotlight in March 2014 when he was asked to assist 7-year old Josh Hardy, who was suffering from an Adenovirus that threatened his life, in obtaining an experimental drug that the treating hospital suggested would save his life. Mr. Plotkin is credited with playing a major role in obtaining that drug for young Josh that in fact did cure the Adenovirus. He has given talks on issues related to expanded access at Harvard Medical School and at The Mays Business School at Texas A & M and as to that issue, has been interviewed on National Public Radio (NPR) and CBS Radio. He was appointed in 2014 as the national pediatric cancer advocate to a committee formed at NYU Langone Medical Center, Department of Bioethics, looking into whether changes needed to be made to the existing federal law on the issue identified above. Mr. Plotkin had also been invited by the Obama Administration to meetings at the White House on issues related to pediatric cancers.