It began as an effort to express deep gratitude to the institution responsible for saving Max Plotkin’s life.  It continues as a laser focused assault on childhood cancer directly aimed at developing improved therapies that reduce significant side effects from current treatments while seeking to increase the number of survivors overall.  The Max Cure Foundation’s research funding seeks to: identify projects that have identifiable funding gaps not likely to be filled by traditional grant sources; fund projects that have a high probability of moving from the lab to clinical use; are high risk in nature but provide high reward, and; are not duplicative of other funding sources.  Executive Director Jonathan Agin leads Max Cure’s research mission.  Jonathan, a childhood cancer parent himself, has significant relationships with researchers and institutions worldwide.  He was nominated for and elected to fill one of two patient advocate roles on the National Cancer Institute’s Brain Malignancy Steering Committee.  He also acts as a Community Reviewer for the Department of Defense assessing childhood cancer research grants for funding through the Congressionally Directed Medical Research Program.  Jonathan believes in having a purposefully driven focus for the research Max Cure funds.  He said, “[W]e do not want to simply cut checks to check boxes.”  “Rather, we focus on committing our financial resources to funding research that in the near term has a positive impact on children fighting cancer now.”

To date, MCF has granted over $1.6 million for childhood cancer research efforts.

This includes donating over $75,000 to the Children’s Joy Fund at MSK and in general over $32,000 to other research at MSK (the Max Cure Fund at MSK has received over $1,000,000 which included the seed monies that funded the development of T-Cells for therapeutic use laying the basis for the exciting advances tested in several clinical trials).  In addition, over $110,000 in matching funds has been contributed to MSK from MCF’s donations.  Previously, MCF provided $150,000 for Ewing Sarcoma research at Emory University, as part of two $100,000 collaborative grants from the Samuel Waxman Cancer Research Foundation, as well as a grant of $40,000 provided to a researcher at Duke University studying new treatment options for DIPG, an almost universally fatal pediatric brain tumor.  MCF also provided seed funding of $1,000 for efforts at creating a first of a kind basket trial for osteosarcoma.

Between 2017 and the end of 2018, MCF granted over $250,000 to childhood cancer research efforts around the world.  2018 saw MCF build upon the aggressive initiative begun in 2017 with the funding of three research grants. With the goal of funding research that either translates rapidly from the lab to clinic, fills identifiable funding gaps that are not amenable to the receipt of federal government research grants, or high risk, high reward projects, MCF continued to create a noticeable impact.  Through the support of the Connor Fund at the Max Cure Foundation, a grant for $30,000 was granted to Simone Sredni, MD, Ph.D, Northwestern University Feinberg School of Medicine, towards the screening of a promising new drug compound against a new target in the pediatric brain tumor atypical teratoid rhabdoid tumor or AT/RT for short.  In just a short amount of time, Dr. Sredni published and presented her findings as a result of MCF’s funding, allowing her to begin work to design a new clinical trial.

Finally, MCF continued its international efforts by funding an additional grant in the amount of $42,500 to support the creation of new treatment modalities and mechanisms to clinically treat pediatric brain tumors. In 2019, our previous efforts and funding of Kevin Curran, MD of MSK will culminate in the initiation of a promising CAR-T cell therapy clinical trial for children and young adults with acute myeloid leukemia. 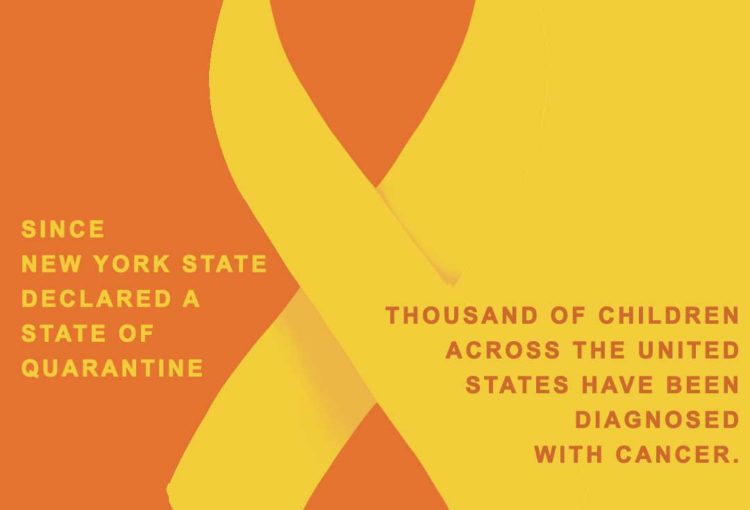 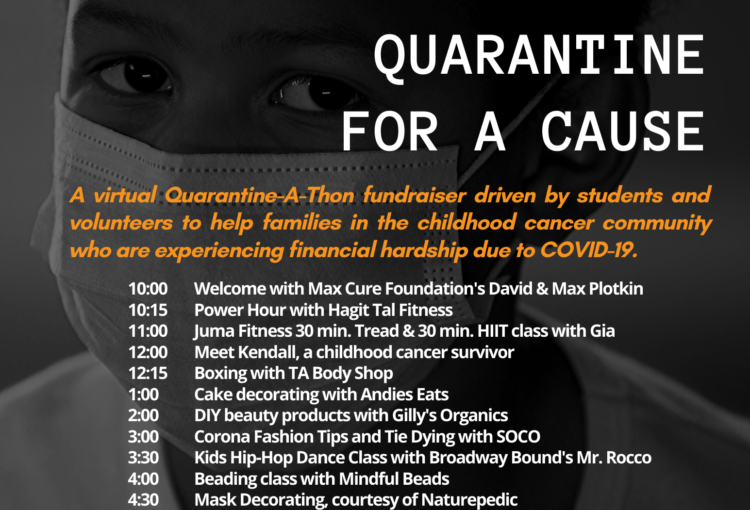 Quarantine For a Cause