The Cancer Moonshot: Are Our Kids Stepping on the Moon Too? 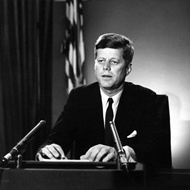 On September 12, 1962 President Kennedy delivered his famous “moonshot” speech. Declaring that as a nation, we would focus vast resources to landing a man on the moon and safely bringing that man back to earth. It was ambitious and the roadmap was not fully developed. President Kennedy of course never lived to see that dream come to fruition; however when it did it is now even more fitting and apropos that the man who ultimately first set foot on the moon lost a child to cancer himself. Armstrong’s young daughter died from what most of us in the childhood cancer community now believe was DIPG, the same type of inoperable brain tumor that ultimately took the life of my daughter Alexis.

Fast-forward to President Obama’s recent State of the Union address delivered on January 12, 2016. He announced that once again the United States would embark upon heading to the moon. Except this time, the moonshot refers to the Emperor of all Maladies; Cancer. With Vice President Joe Biden steering the effort, the goal is to end cancer, as we know it. The cancer moonshot was announced with the hopes of infusing $1.0 billion dollars to the effort. In the 2017 budget that the White House prepares, there will be a request for an additional $755 million increase in funding for cancer research generally as well as the oversight of an additional $195 million in new funding provided to the National Institutes of Health. The outline of the moonshot was released by the White House and can be found here. 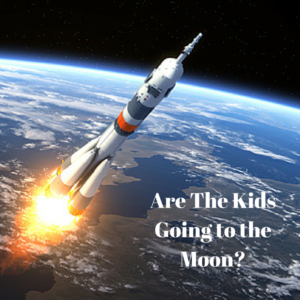 For the childhood cancer community, a simple question surfaced: Are our children going to the moon? The news release the White House issued does specifically mention pediatric cancer. The outlined effort for pediatric cancer, as denoted in the release, is aimed at developing new technologies for drug libraries for screening to discover new treatments; efforts to increase tissue and tumor specimen collection for the “rarest” childhood cancers; and the collection and inclusion of increased clinical data to assist clinicians in the future course of treatments. Based upon this thumbnail outline, it is difficult to tell whether or not our children will set foot on the surface or whether they will be like Michael Collins, who stayed in the command module poised to pick up Armstrong and Buzz Aldrin after they completed the first walk on the surface in 1969. In theory the efforts outlined in the release would certainly make a positive impact in the fight against childhood cancer. Creating a larger drug library for increased efforts at drug screening is critical to determining whether or not existing drugs, compounds, and even potentially biologics, demonstrate efficacy upon specific cell lines, tumor types, genetic mutations or other identifiable targets.

There is a more pressing and underlying issue that needs to be addressed, as it exists like a pink elephant in the room. Specifically, it is the issue of drug development and availability for childhood cancer. The ability to conduct more substantial drug screening, dependent upon access to the drugs and compounds, is the first component of unlocking more effective, less toxic treatments (of course backing up even further identification of proper targets to utilize for drug screening and targeted therapies is beyond essential). The secondary component of the equation is ensuring that these drugs and compounds, once the efficacy is demonstrated in the preclinical setting, are available to be initiated in clinical trials or available for clinical use. Anything less in this overall effort, in my humble opinion, ensures that children, like Michael Collins, will remain in the capsule waiting for the others to arrive back inside.

Ensuring greater data sharing either in the research or clinical setting, collection of increased epidemiology data, and tissue collection are of course necessary components to increasing the overall understanding of biology, incidence rates and treatment efficacy. Nevertheless, the key question remains, will more clinical trials be initiated for children with the drugs that are screened if the preclinical data “de-risks” the use of any of those drugs? Children with cancer without a set frontline treatment protocol are usually left without many options. For recurrent or metastatic disease, the options are even more limited.

I view childhood cancer like a bicycle wheel full of spokes. There are many spokes on the wheel and individually the spokes represent separate issues to be addressed. No single spoke is sufficient enough that if it was the focus of the moonshot it would be a “cure” for all forms of childhood cancer. Accordingly, placing bets on which spoke to focus upon is obviously very difficult. There are some commentators that have already opined that the amount of money to be dedicated to the overall effort is insufficient. This is probably very true. And, thus as we drill down to where our children fall in this moonshot, it seems likely that the overall impact will not be significant. Of course it is impossible to provide any reasoned assessment of the overall efficacy of this effort at this point in time. It is easy to criticize, but such criticism is presently misplaced. In the end, any additional focus and resources dedicated towards childhood cancer is thoroughly welcome.

Neal Armstrong reached those first monumental steps by carrying his grief with him and allowing those emotions to keep him focused. In many respects, children with cancer have already set foot on the actual moon. It is up to us advocates to continue to ensure that children with cancer are always brought out of the command spacecraft and firmly planted on the moon. And it is up to us advocates to continue to work effectively to create opportunities for drug discovery, development and availability. An identified target is key to determining effective treatments, but there is an underlying component to the useful nature of that data. Unfortunately, if those treatments are not made available, then children with cancer can only continue to look at the moon as they circle it waiting for a turn to take that one giant step.