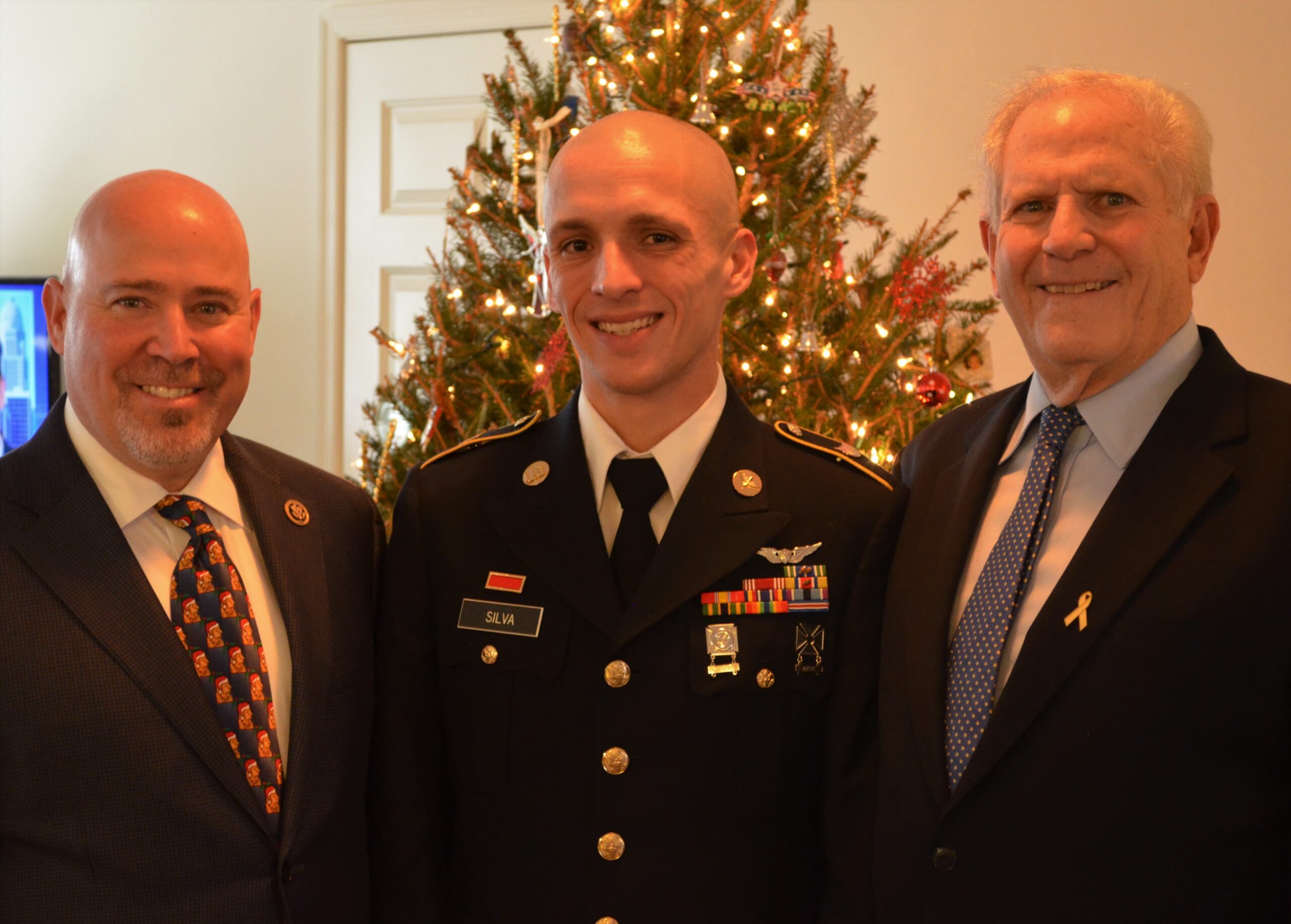 Every September we memorialize the families and children who battle pediatric cancer, and since his passing, we memorialize our Co-Founder and Vice Chairman Richard Plotkin on the anniversary of his passing. A year has past since the pediatric cancer community lost a larger-than-life character, advocate, and beloved elder. We share a memory today of a heart of gold that illustrates how Richard always went above and beyond to advocate for his community.

As part of a grant provided by Love Your Melon, Max Cure Foundation had the opportunity to support a select group of families through the Roar Beyond Barriers program, our financial assistance program for families battling pediatric cancer, and among those we supported was the family of Kristian Young-Silva. The family qualified as a military family in need, stationed at Fort Dix at Joint Base McGuire-Dix-Lakehurst in New Jersey.

I reached out at the beginning of the month of December as part of our outreach and spoke to Sgt. Silva, who shared the frustrations he had experienced in trying to single-handedly adopt his step-son, Kristian, who was battling a form of brain cancer. He expressed his heartfelt concern that Kristian’s birthday present to him (that’s right, Kristian presented the adoption papers to Sgt. Silva and asked him to be his “real” dad) would take longer than his projected path of treatment, and that Kristian might not be around at that point. I was shaken, to say the least, and told Sgt. Silva to let me explore some options.

I hung up and burst into Richard’s office, telling him the circumstances the family faced and sought from him a manner in which we could intercede. I pleaded my case, knowing the likely initial verdict – stoic skepticism and “write me an email on it.” We shouted at each other; I refused anything short of “yes,” he didn’t know the first thing about adoptions. I knew I had the closing argument that would trump his defense and win his heart – before he could refuse to get involved he had to talk to Sgt. Silva… Richard hesitated – he realized I trapped him when I showed him I had written the phone number down on my left palm and was dialing Sgt. Silva while leaning over his desk. The conversation concluded positively; we’d figure something out, find someone, do something (after he could regain his composure and drop the tissue box).

When faced with an insurmountable challenge or challenger, having a mentor or guide or anyone you cherish can make the impossible seem “just out of reach” but worth trying for. We sought a Christmas miracle – to expedite the adoption of Kristian to his dad before the clocks of biology or treatment took their toll. We sought the aid of an expert and were honored in the presence of a true hero; Donna Levinston Braff, Esq., who served as Marquis de Lafayette to our rag-tag adoption army. Richard admired, appreciated, and quietly was grateful for the prowess and shared passion Donna and he shared (I, on the other hand, suddenly had an extra boss!).

Our effort became an adventure; Richard sought the permission of the biological father, who was incarcerated, to condone the adoption.  (Richard claimed he had never been to prison prior). Sgt. Silva was fingerprinted at central booking in Trenton so that he could pass a Federal background check (thank you Trenton PD!). While on the phone with the FBI to expedite that background check, and pulled over on I-80 in New Jersey, I had to say to a NJ State Trooper “Officer, you don’t have to believe me, but I’m on the phone with the FBI and I really need to talk to them.”

At the end, Richard prevailed – he poured his heart, his soul, and countless, innumerable, voluminous emails into his passion. Kristian Young became Kristian Young-Silva, and the Max Cure Foundation family grew that much bigger through the reach of Richard’s heart. He may not be here with us now, but the ripples in the fabric of the pediatric cancer community he has left will propagate forever, and he will live on in the hearts of those that carry on his mission. Richard’s Kaddish is in his cause, and we live it every day.