Follow the Internet: Food Stamps Should Be Redeemable Online

Applying for Benefits for Pediatric Cancer 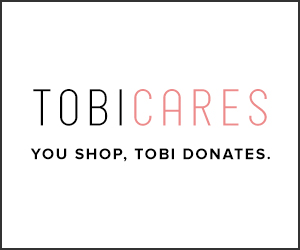 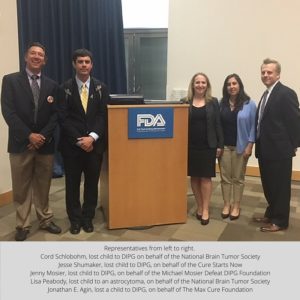 On June 29, 2016, I was one of five individuals selected to present public comments at the Federal Drug Administration (FDA) pedODAC meeting in a special session dedicated to the pediatric brain tumor that took my daughter’s life,  (DIPG).  The discussion in the meeting session centered around whether or not conducting biopsies on children with DIPG was safe and of value.  Biopsies for children with DIPG are considered risky due to the location of the tumor on the brainstem, which controls every major life function.  DIPG tumors are generally intertwined and infiltrating into the brain stem making surgical intervention impossible and any surgical intervention such as biopsy risky.  Biopsies have been successfully performed in Europe for some time and until recently, the Europeans were leading the charge to obtain tissue for genetic analysis upon diagnosis.  In few instances in the United States, biopsies were performed, but there was no widespread consensus as to the efficacy or safety of the procedure.

This mentality changed after the European teams presented their research on the procedures at various conferences in the United States.  As a result, several neurosurgical teams began conducting biopsies of children with DIPG in the United States in conjunction with a clinical trial being run at Dana Farber utilizing one of four targeted drug therapies based upon the genetic analysis of the mutations found as a result of the analysis.  In other words, the effort was aimed at creating a basic framework for utilizing personalized medicine to treat children with DIPG.

The FDA for its role sought to have a larger discussion within its committee to take stock of the safety results of biopsy procedures in the United States.  The panel was comprised of committee members who treat children with DIPG, researchers, members of the FDA and neurosurgeons.  Several neurosurgeons presented their data and all urged the FDA to continue to allow the performance of biopsies in larger pediatric oncology facilities in an effort to learn more about the genetic makeup and molecular profile of DIPG tumors as well as to potentially continue to utilize some of the targeted therapies available.  The acknowledgment of the risk was of course presented on balance, and the FDA members, including Gregory Reaman, MD, Associate Director for Oncology Sciences at Center for Drug Evaluation and Research, U.S. Food and Drug Administration were concerned that biopsy procedures were not directly benefitting the specific child.

Following the medical presentations, I was able to give my comments, as one of five members of the public selected to do so, on my thoughts regarding the practice of biopsy for kids with DIPG.  In fairness, my daughter Alexis did not have a biopsy.  At the time of her diagnosis, April 2008, there was no option provided to us for biopsy.  Ultimately, I do not know whether or not the choice to have a biopsy would have been made; however, I do know that the treatment options provided were extremely limited and there was no hope for her survival.  My remarks to the committee were aimed at the need to ensure that DIPG, a universally fatal diagnosis, is given wide latitude for more aggressive approaches.  On one of the slides I presented I relied upon Albert Einstein’s famous quote about insanity: doing the same thing over and over again and expecting different results (which may or may not be properly attributed to him in the end).  For children with DIPG, the norm has been to choose drugs that are a best guess and initiate a phase I clinical trial.  There are some well-established mouse models and cell lines, and thus thankfully preclinical testing has driven some of this drug selection.  Unfortunately, in the and nothing has proven effective.  Accordingly, with this backdrop and history in mind, I urged the members of the committee, along with the other public commenters, to maintain the practice of biopsy in an effort to drive the research and clinical knowledge base for the selection and creation of more effective clinical trials.

In the end, our comments were well received.  As I spoke during my brief four-minute window (that ultimately ended up closer to 6 minutes with red lights flashing at me from the podium), it is clear that those members of the committee are frustrated with the lack of progress for children with DIPG.  Two of the members of the committee were both clinicians who treated my daughter.  I know their compassion, and I know how genuinely they seek to change the equation.  It is simply frustrating sometimes as a parent and advocate to try and gain understanding from a regulatory body for the need to be more aggressive, not to the sacrifice of the child, but rather, to provide hope and to shift the paradigm.  The committee ultimately voted to maintain the practice of performing biopsy procedures for children with DIPG and decided that it should be kept to the larger surgical and treatment facilities.  This is simply one spoke in the wheel that must be all “trued” together and rolling smoothly to provide hope and better treatments and therapies for children with DIPG.